What is lawn bowls?

Lawn bowls, boulingrin in French, is a game that originated in England. It is commonly practiced throughout the Commonwealth but remains virtually unknown in other countries. It is a bowling game that is similar to lawn curling, or any other ball sport such as boule lyonnaise or raffa volo. Lawn bowls distinguishes itself by the shape of its balls and by the type of its turf or green carpet, which is almost 40 meters long.

Although it is estimated that this game goes back to ancient times, it is from the XIIth century that it started becoming popular in England. While establishing its colonies, England helped make the sport popular in Australia, Canada and the United States.

As lawn bowls is played by men and women alike, the games are often played in the mixed format. It is an elegant sport, and one where teamwork is of utmost importance.

The World Bowls Federation, based in Edinburgh, comprises more than 50 countries. Lawn Bowls is one of the most played bowling sports in the world with more than 7,500 clubs. Australia is one of the countries where lawn bowls is extremely popular. Hong Kong, meanwhile, founded its Federation in 1961.

After boule lyonnaise, raffa volo and pétanque, it is now lawn bowls that is the latest rage in China, the only country to have its capital of bowl sports.

The bowling green, a flat turf or carpet (outdoor and indoor), must measure at least 36.6 m2. It is surrounded by a sand ditch and is divided into 6 tracks that allow 6 games to be played at the same time. A mat is placed on the track to mark the place where the players roll their balls. It is moved at the end of each end.

The balls used for lawn bowls are of different sizes and must weigh up to 1.59 kg. They are slightly shaved at both poles. One side is heavier than the other, which gives them a bias.

The jack is a little white ball that serves as the target. The objective of the game is to have a maximum of balls closer to the jack than those of your opponent.

Traditionally, lawn bowls players are dressed in white (pants, shirt and cap). Today, these dress codes are not always followed, even though it remains appropriate to wear a neat and chic outfit. 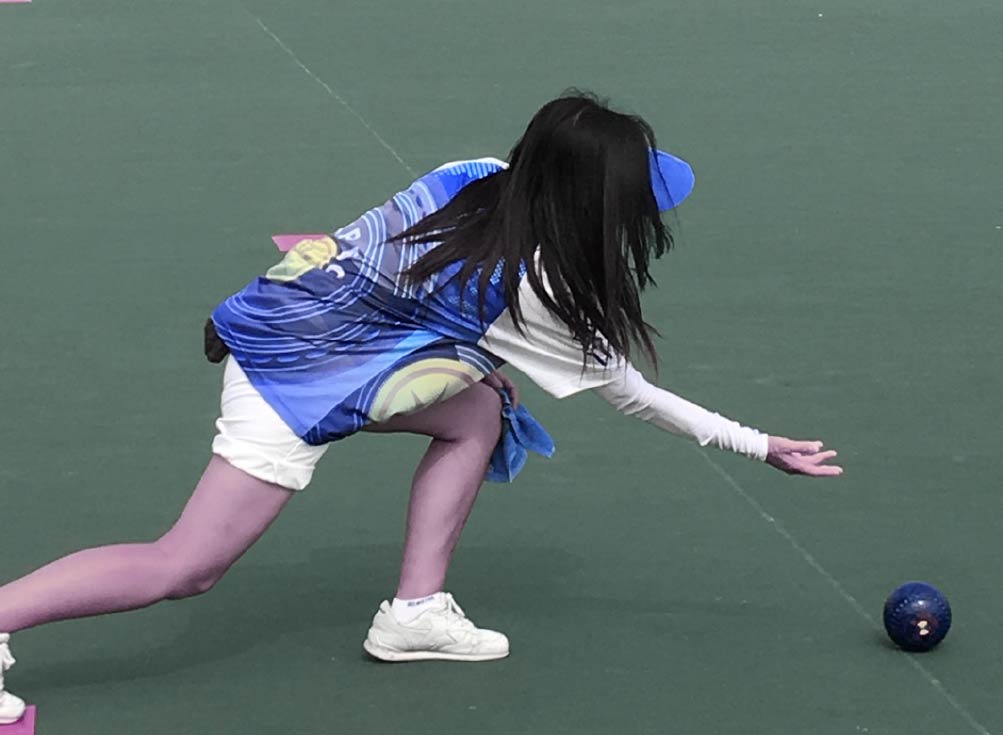 Rules of the game

The basic goal is to place more balls than the opponent near the jack.

The game is divided into ends that are completed when all players have rolled, in turn, all their balls. The points are then counted, and each ball placed closer than those of the opponent counts as a point. For the next end, the game is reversed, and the mat is moved. Players must always keep one foot on, or, on top of the mat when rolling their balls. If their ball falls into the ditch, it is declared as dead. Finally, lawn bowls can be played by anyone.